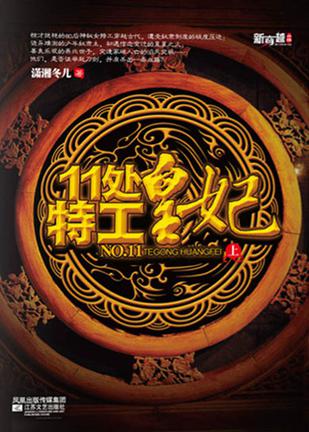 Chapter 37 Falling into a Trap
READ

She was the trusted adviser of the military intelligence unit 11 in the National Security Bureau —— collecting intelligence, planning and deployment, arranging assassination mission in unfriendly countries …… she devised strategies to obtain victory thousands of miles away, can be said to be the pinnacle of military intelligence building.

In the Huang Jin Empire, there lived a girl who was a time-traveling, special agent and a group of young, but intelligent boys. They all started from their home country and went about to conquer the world.

Chu Qiao was once agent 005 for the the military unit 11. After being framed and thrown into prison, she successfully escaped but then sacrificed her life to protect the special agent unit from being bombed. When she woke up again, Chu Qiao had traveled to the Xia Dynasty as an 8-year-old slave girl. Due to receiving help from Yan Xun during their escape, her fate was bound together as Chu Qiao would then spend years helping him rebel and reconquer his land.

However, as they walked further and further down the path to their dream, they grew further apart. One reason was because of the way they dealt with things, the other was because of a rather meddlesome Zhuge Yue, who never stopped loving Chu Qiao, despite having their loyalties lie on opposite ends.

The old regime will crumble and wither away, letting the new Xia Dynasty to be reborn from the ashes.