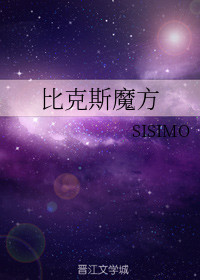 "Young master, please dine." The beautiful blond boy glanced carelessly at the tempting food placed on a flashy silver plate in front of him and lifted his hand so beautiful that it seemed to be made by God. "The plate with the food was swept off onto the soft light-colored carpet. "Don't want to eat." The dark-haired young man did not even move his eyebrows, still gentle with a smile, "Then what does the young master want to eat? Not eating is not an option, I'll have the kitchen redo it." The handsome face was infinitely accommodating. However, deep inside ...... woos this bear child how not to go to death, really want to strangle him ah ah ah ah! Crossing to the game world would have been nothing terrible, however, the small crossing is more sad. For the sake of life safety, Pei Sen can only bear the humiliation, mixed into the Golden Rose Manor as a butler. But he has to serve, is the world's first bear child - Igor Lanno. -This article is essentially an upgrade article, the protagonist crossed the "game world", but later found out that this is not the fake game world he imagined to shape - Pei Sen x Eagle-Lanno, the main servant under the year, the main sufferer - the protagonist player, NPC double panel, there will be a lot of sand carved players - the game name is called Bixxon's Cube, the game can be ignored, it does not matter, it does not matter. Can ignore it does not matter, it is not important - this article is dog blood no logic, the probability of bugs flying around